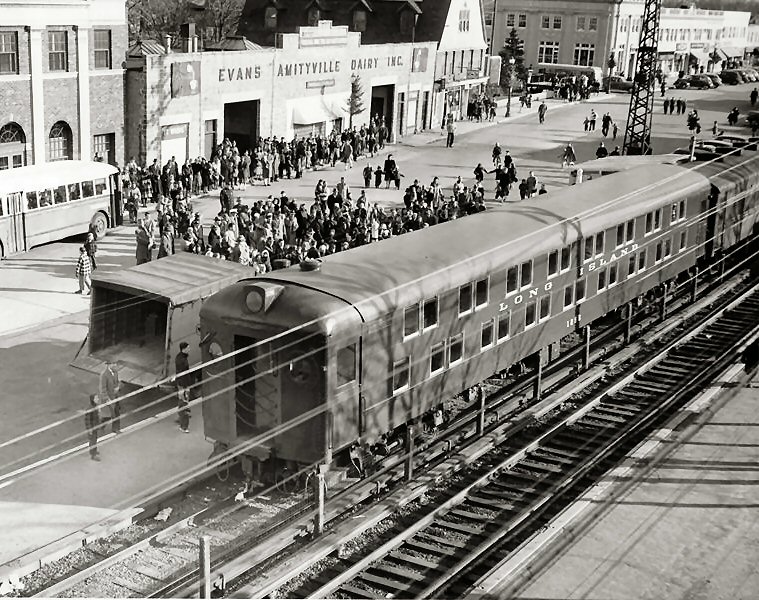 Rockville Centre :  The double decker is in Tuscan Red with Dulux lettering.  The cars in the distant background look like late 1940s.  Tichy color scheme began in November, 1949 and took several years for all the cars to be repainted.

Since the transmission poles were on the north side at RVC and as they are visible in the photo, then we are looking northeast and the train is a westbound, early-morning train. 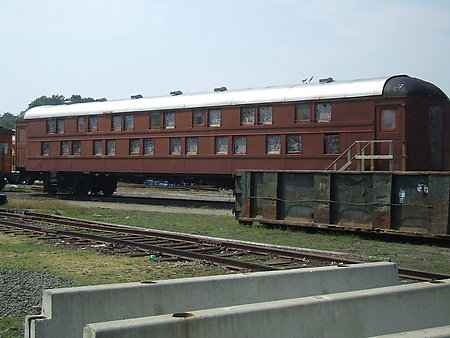