quote:
Originally posted by RailRide:
How much were the Duddy pantographs, and when you recieve yours, any chance you could evaluate how much work it would be to adapt them to the Williams cars?

I finally received the Falvey pantographs 5 sets. That is all ED had 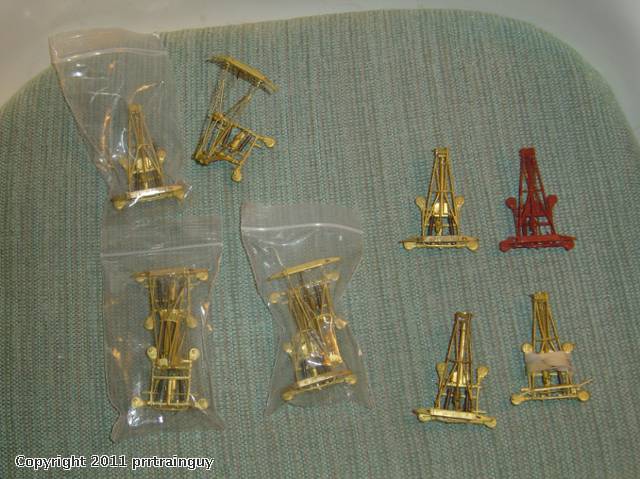 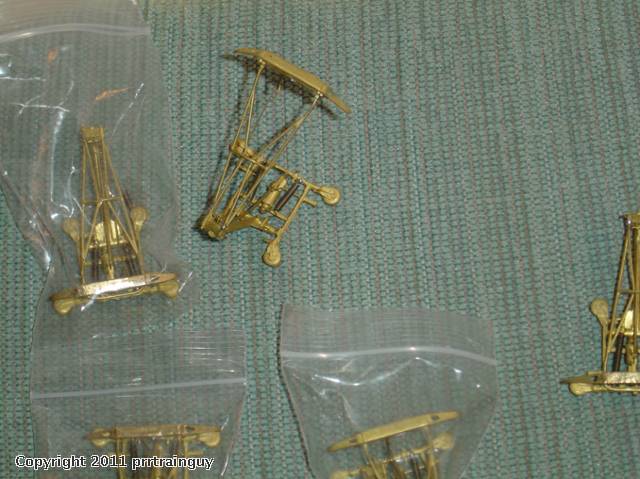 They are very impressive and I will find usage for all 5 pairs. I suspect health issues and minimal stock, are problems, everything else was gone that I wanted, but I will try later and see if things are better.

with regards to the molding attempts, are you cloning cab ends from an existing piece, or did you scratchbuild a pattern? If you're attempting to clone the Williams cab end, I think those may be wider than scale, since otiginally the Williams Metroliners were designed to accomodate Lionel Pullmor diesel trucks.

When you mentioned bubbles, are they occurring in the mold (I'm assuming silicone-rubber molds), or in the pieces you cast from it?

The end I had received is most likely from Williams. The shells that are scale length, match the ends and appear similar to scale drawings. The end is bulky in shape, end and three sides. It is thin and light weight. I ordered more mold material and will try casting it standing and glued to one wall. When I tried modeling earlier I ended up with bubbles first inside then on outside of casting. 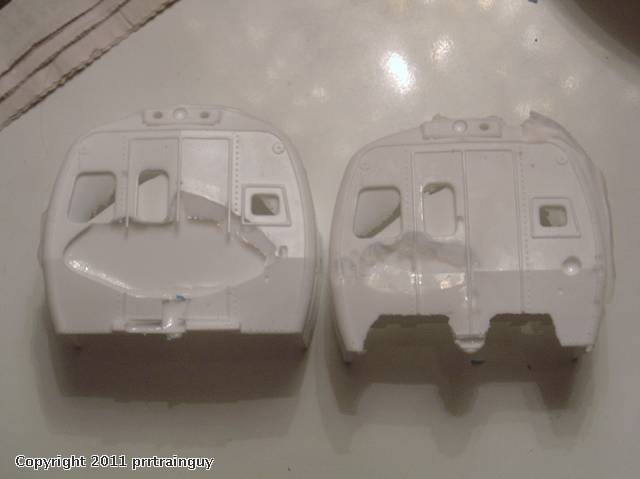 As you can see outside leaves much to be desired. I am hoping by casting in different direction I may have success.

I have contacted WBB parts and "not available try again in few months". This end right now is probably last major stumbling block. My aren't we optomistic.

Keep working and plugging along