I want to add power trucks to one of my K-Line FA ABA consists.  Any pointers and suggestions?  It appears to be a simple job and the parts are readily available.

I look forward to the inputs please.

Don't they already have power?

John, the lead unit has front and rear power, but the B unit and trailing A unit does not.  I would like to add at least 2 power trucks...possibly 4 to have up to 6 powered trucks.  It may be overkill....what do you think?

I think the six motored K-Line sets were the most troublesome K-Line product going.  The early ones tried to run all of the motors from one Lionel DCDR, and it was not all that successful.  I'd recommend doing just the trailing A unit, not both.

How are you going to control these, conventional or command?

Conventional.  I just finished putting a Williams ALCO sound unit in the B unit this afternoon.  Your suggestion on the trailing A makes sense.

If you have the power trucks, it's a simple swap-in affair.  For enhanced operation and to run all 4 motors from one reverse unit, wire the motors in each A unit in series, and then the two A units in parallel. The load on the reverse unit will be about the same as a single factory wired 2 motor A unit and the set won't run at rocket-like speeds at 6 volts.

Thanks for the advice.  Would you be able to draw a simple diagram that shows what you stated please?

First, wire both powered units in series... here is parallel vs series: 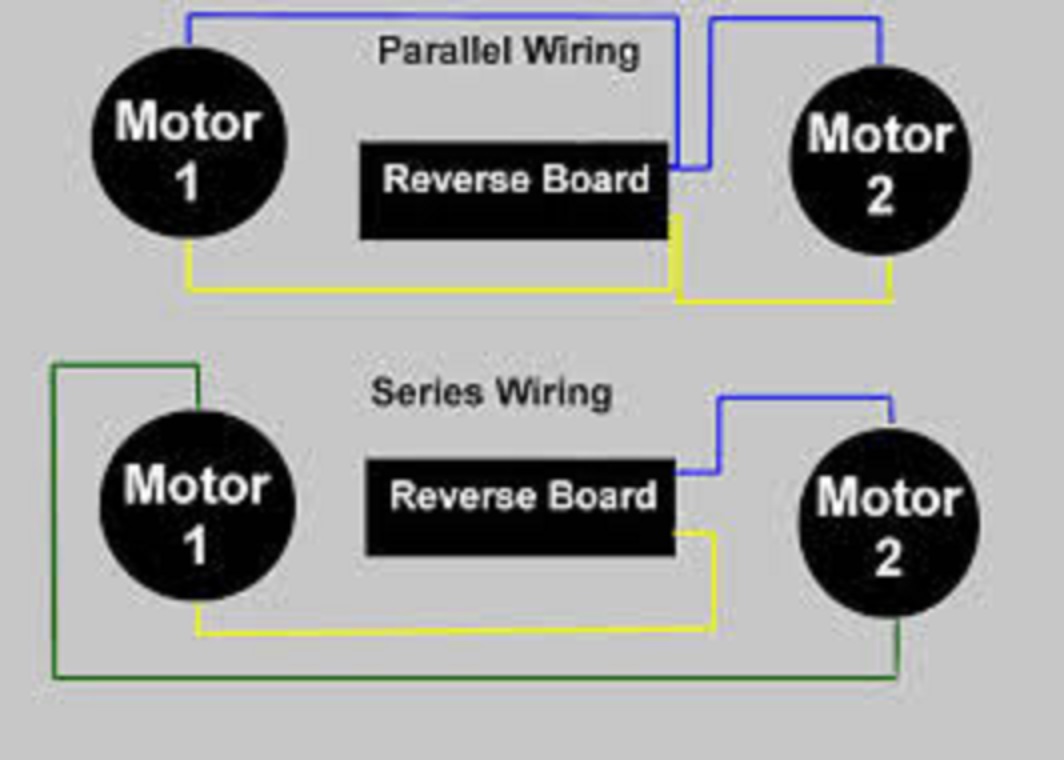 Once that is done, tether the two powered units with a two wire connector, in parallel(only one reverse unit is needed): 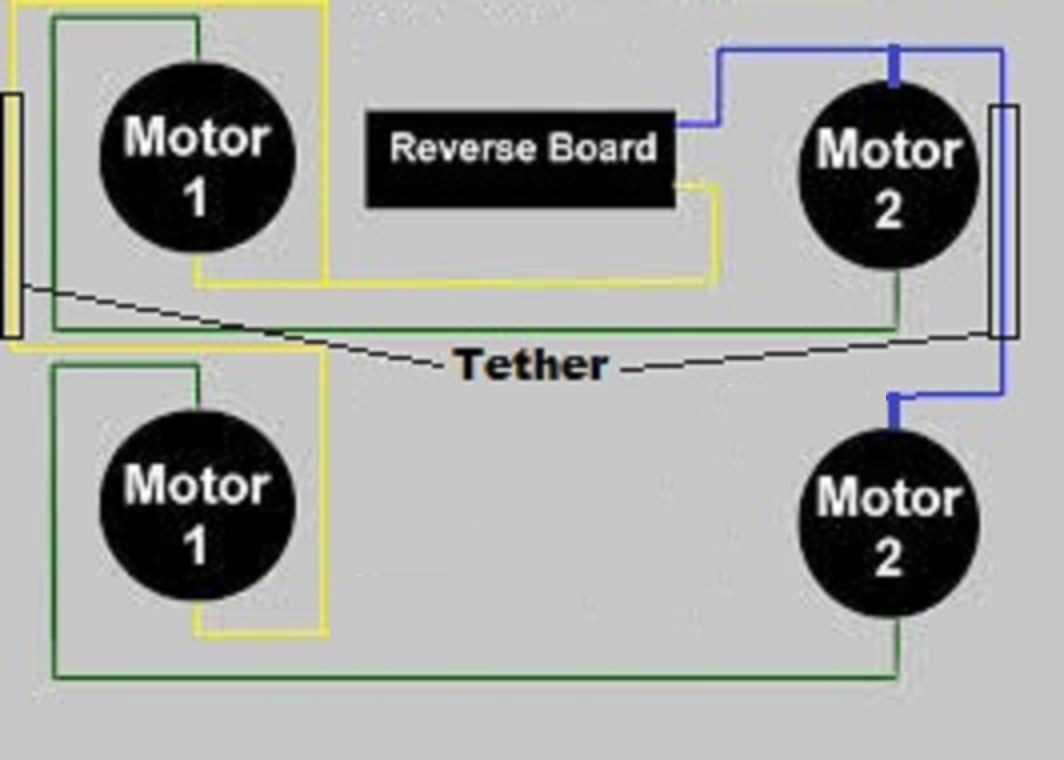 Thank you Rob.  This is exactly what I need.....I'm a novice when it comes to wiring and electricity.

I appreciate your assistance.

Being of limited expertise when it comes to circuit boards, my only concern here, is that the 4 motored K-Line Alco FA's came with a larger and more robust circuit board than did all the other models that had only 2 motors. I doubt K-Line would have used a more costly circuit board unless they found it was needed. I can remember from my original K-Line parts listing that there were 2 differing circuit boards for the Alco FA's and one of those was specified as for 4 motored units.

From what I am gathering from Rob's information (my interpretation) he is saying this would only work - that is using the smaller circuit board from the dual motored engines - if you wire all the motors  in series.

All I know is all of the dual powered double A-A K-Line Alco FA units I've ever bought all came with the larger, more robust circuit board, connected via a tether that connected via a mounted plug adapter in the rear door way of the lead Alco. Later versions of these engines also came equipped with a slide switch beneath the engine so you could select between series or parallel wiring.

...the 4 motored K-Line Alco FA's came with a larger and more robust circuit board than did all the other models that had only 2 motors...

...this would only work - that is using the smaller circuit board from the dual motored engines - if you wire all the motors  in series.

Ohm's Law. The load on the reverse unit will be about the same as a single factory wired 2 motor A unit and the set won't run at rocket-like speeds at 6 volts when each unit has series-wired motors.

Wanted to thank everyone for their assistance.  I was able to get the K-Line parts from Brasseur's and hooked it all up today.  I also installed a williams ALCO sound unit in the B unit.   Runs and sounds great!

Once In A Lifetime Adventure On The Rails
12 minutes ago

You know that sick feeling you get when the postman arrives with a loud thud!
21 minutes ago

MORE LIONEL and MTH WAREHOUSE FINDS! (on the shelf, but weren't listed!)
2 hours ago

help what kind of wire should I?
2 hours ago
C 2 C Layout
2 hours ago

Lionel's Legacy End of the Line RS11...why isn't anyone talking about this gem?
3 hours ago