Correct.  You may also want to see basic circuit protection at "Circuit Protection for Toy Trains".

That's where I shared my protection on a very large layout.

I still don't understand the fascination with fused ZW outputs. The transient voltage spikes zip right through and around those, and when you're out of fuses, no more train play.

Fuses and TVS protection diodes perform two very different functions.  I like Susan's idea of using PTC's in place of fuses, but you still need to add the 1500W 33.3V TVS at Digikey for transient voltage spikes.

Susan's diagrams are very helpful for an electronics novice. John, where would I add the TVS?

Add the TVS at the track connection for each transformer output.  It goes directly across the power like you're trying to short it out. 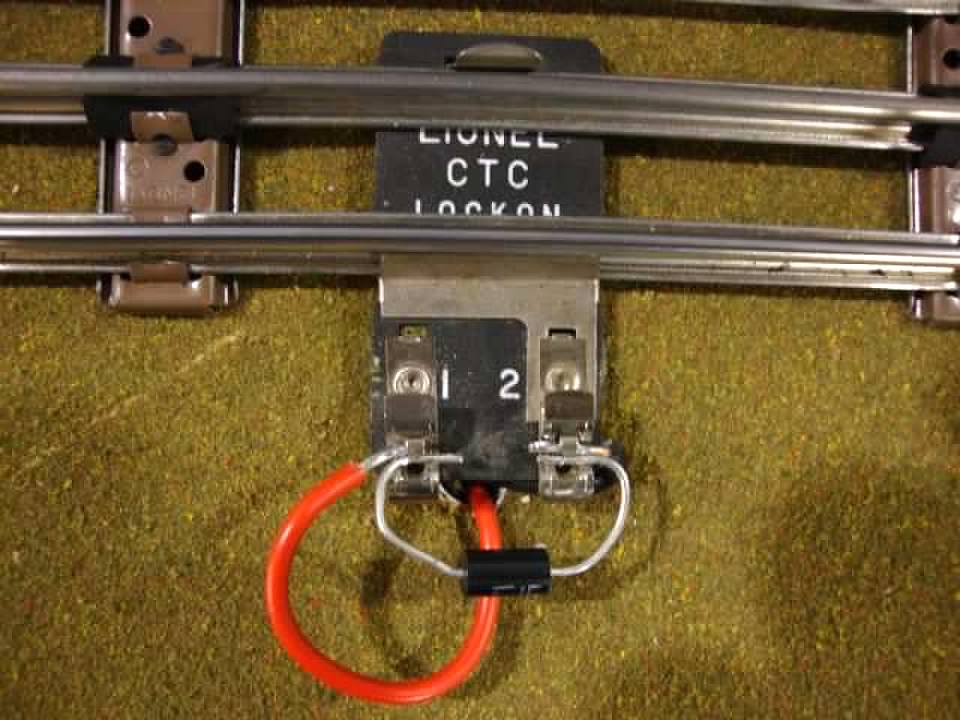 Where would I be able to buy some of these electronics parts?

Don, actually, installing a fuse in the common would provide better protection for the ancient PW Type Z/Zw transformer, as you can limit the current draw to 10 amps. Do note that all U terminals are connected internally, so you can use one as common for all circuits.  Having said that, the terminals are riveted to a common internal buss, and over the decades these connections may have deteriorated.

I also recommend using breakers rather than fuses.  The latter cost to much, as they'll blow on every derailment.  In a recent thread GRJ has piinted to a source for magnetic breakers.  I currentlyuse thermal breakers, which are slower and cheaper, but am considering whether to switch to the magnetics GRJ recommends..

Where would I be able to buy some of these electronics parts?

RJR, this string is very confusing to me, but your comment seems to be at my level. Let me tell you where I’m coming from

in a previous chain I posted questions about my Christmas trains - two trains circling the tree on two circles of fastrack powered by my ZW.  One of the power lines and the carpet melted presumably because of my grand children’s derailments. I replaced the badly worn power lines with 16 gauge for the remainder of the season   I also decided to add some precautions to the permanent layout I’m building using tubular track, my ZW, and and a 1032.
So, I decided some kind of fuses or circuit breaker. Your answer to my question was unexpected and simple if I understand it. Put a circuit breaker on the common bus - U on the ZW. I had assumed it would be a 10 amp breaker on terminals A, B, & D for the three trains and a lower amp breaker for C. Tell me if there’s anything right about that.

where do the circuit breakers go?

How do you know if the TVS at one of the lock-ons or below at input to terminal strip does its job and absorbs the transient voltage spike?  It protects the locomotive electronics but kills itself but is it obvious so you know when to replace?

They are not one-time devices, they are continuously clamping transients.  A TVS usually fails shorted, so it will be very obvious if it fails.

A TVS has a very long life unless it's subjected to a spike that exceeds it's maximum rating.  They're quite different than an MOV, those degrade with ever surge they absorb.  FYI, the MOV is what is used in most "surge protection outlet strips".

Thanks.  Getting close to the comfortable zone with your help

Don, I'll answer your last question first.  Breakers and fuses should always be on the transformer outputs, so they protect everything downstream.

A fuse or breaker in the U circuit has one purpose, to protect the transformer.  A postwar ZW shouldn't be subject to more than 10 amps.  FYI, the ZW internal breaker is in the U circuit, but is very slow acting. It provides no protection if there is a short between any of the ABCorD outputs, which is possible.

A current of less than 10 amps can cause considerable heating on the layout.  Breakers or fuses should also be put in each of the output circuits to protect the layout.    They should have the lowest amp rating that will operate your trains, which is usually less than 10 amps. On my layout, I run 6 TIU channels.  Some channels control areas where probably not more than 1 or occasionally 2 trains will be moving at once, such as yards.  These get 5 amp breakers.  Mainlines where I might have 3 locos running get 7.5 amps.  But I do not turn smoke on.

No fuse or thermal breaker opens immediately upon the current being exceeded.  There is a lag while the thermal elements heat up.  By using smaller amperage breakers, they open sooner on a short.  In another thread, Gunnrunner John mentioned certain magnetic breakers available from Digikey.  Magnetic breakers should open as soon as the rating is exceeded.  Electronic breakers, such as in the Lionel PH-180 Powerhouse,  also open upon exceeding the rating.  I am considering replacing my thermal breakers with magnetics, but have some higher priority matters to deal with.

FYI, I use Blue Sea marine push button breakers, available on-line from Defender Marine.  They are in the $5-$6 range and have worked well.

Sign In To Reply
Post
how rare is the Lionel 165 crane with gray tower instead of silver?
24 minutes ago
WHAT TRAINS DID YOU RUN TODAY?
27 minutes ago

Train shows in Illinois, Indiana, Wisconsin
38 minutes ago
Anyone else surprised/disappointed by the color of MTH’s Canadian Pacific Military Heritage engine?
1 hour ago

GGD Superliners... which one preferred?
6 hours ago

Universal Meter Box for Layout or Workbench
7 hours ago

My new “layout”
7 hours ago

Great Northern railway
7 hours ago
October York week
7 hours ago
a picture a day....
7 hours ago
Help Guide - What to do if Lion Chief Locomotive Stalls when Activating Operating Track, Uncoupler, or Crossing Gate - Expanding an O Gauge ...
7 hours ago

CLEARANCE FLASH SALE! additional 8% off ALL WILLIAMS!
10 hours ago