I'm looking to model early AMTRAK trains, in the era when they required power cars because the locos available could not power and heat the inherited passenger cars. I'm not aware of commercially available power cars. Has anyone modeled these cars? I work in three rail...

Looking at the HEP cars on various sites, they look like it would be possible to make one.  Some of the Amtrak HEP cars look a lot like a boxcar with lots of louvers for generator ventilation.  I noticed a number of totally different looking cars.  Of course, with all the issues of copyrights, I can't really post them here...

The Long Island Railroad used retired Alco FA's with prime movers taken out  Used for operating in a push pull train and also for power steam generation.   Lionel had a few of them in their last catalog 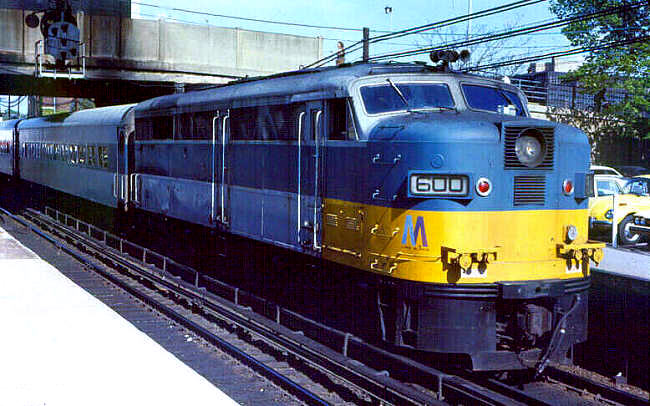 Amtrak also had some E B units converted to steam generator cars to run behind HEP locomotives.  I was on the PANAMA LTD. powered by 2 P30CH's and a converted B.  I think Paducah Shops did the conversion.

The LIRR push-pull FAs didn't provide steam for heat but the appropriate voltage for the heat/AC in the cars which were former electric MUs. The steam heat P-54s were gone by then. They also had bar/generator cars they used in non-push-pull service to power the MUs when hauled by a diesel. It was a trip to be standing up at the bar trying not to spill your drink with the generator running in its compartment in the car. 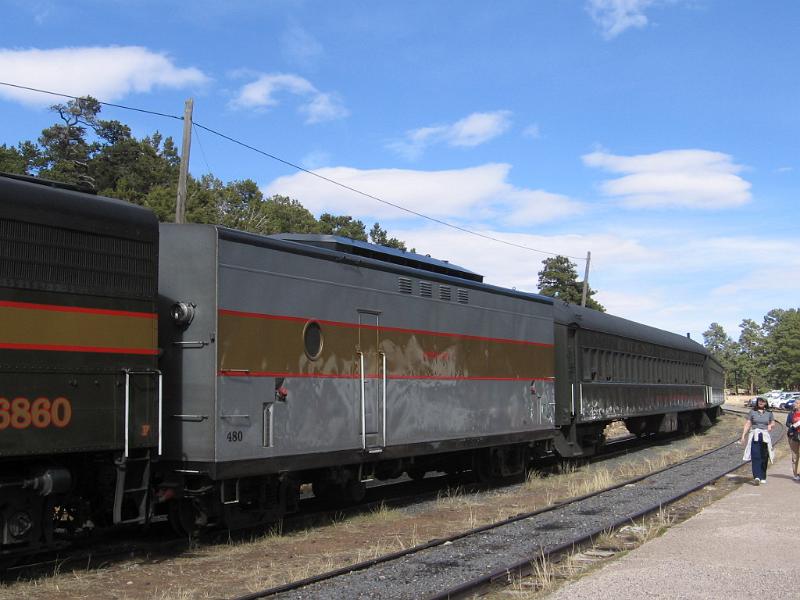 While not a HEP car,  the Canadian Pacific Holiday train pulled by a diesel has a generator car in its consist to provide electricity for the attached passenger cars and all the exterior Christmas lights on the boxcars.  I saw this in November 2019 so it is definitely recent. It looked like a boxcar with louvers and had some pretty noisy diesel generators inside.

I used to see AMTRAK use baggage cars with a generator ( sounding loudly with a high pitch whine ) on the NE corridor in the mid/late 1970's - 80's when GG-1's were still in use.   These cars sometimes were directly behind a GG-1 or the last car within a passenger train consist.  They had louvers on each side of the car.    I'm pretty sure they didn't haul any baggage, only the generator to power lights, ac, and heating for the train.  As I would often take the train to Baltimore, I once asked a conductor about them.  That's when I learned about power cars.

I'm looking to model early AMTRAK trains, in the era when they required power cars because the locos available could not power and heat the inherited passenger cars. I'm not aware of commercially available power cars. Has anyone modeled these cars? I work in three rail...

On the other hand as HEP equipped cars were delivered - specifically Amfleet and Superliners in the 70's the steam generator equipped locomotives - predominantly the SDP40F, E8/9 fleet, GG1s, and the few F units Amtrak inherited needed a HEP power car to provide hotel power and electric heat to the train.

One simple way I have seen in a lot of Amtrak photos that works in either case is to have both a locomotive with a steam generator and a locomotive with HEP.  There are photos of F40PHs leading SDP40Fs on the Southwest Limited.

It is interesting to note that the GCRY still uses these HEP cars with the F40 fleet.  Also note that they have been reclassified as F40FHs. The HEP sets are not used in the locomotive since the Amtrak F40s had to run at full RPM to power the HEP sets. If you are looking for an fairly straight forward steam generator car for early Amtrak trains, I photographed this one sitting in Willets, CA back in 2005.  It is a former GN steam generator car as I recall and is a converted F B-unit.  It has obviously seen better days.  There is a website that documents the history of this car and my photo there is the latest one I am aware of so you can find photos of it in better condition. The 'early' HEP cars were old baggage cars with (2) diesel gen sets for the power. One unit over each truck, with the 'breaker panel' mounted in the middle between the doors. The fuel tank was in the middle, between the HEP units. Some kinda loud when both were on 'line' for 480 v power. Don't think anyone loved 'em. They did run them up front, until one caught fire, (passengers freaked out, with the flames coming out the end of the car), after that they put them on the rear. My, 02.

What Type Lionel Transformer Is This?
15 minutes ago
Question about tooling: Kusan - Williams - K-Line - Williams by Bachmann ?
20 minutes ago

What did you do on your layout today?
34 minutes ago

TIMESAVER: A Tribute to John Allen
1 hour ago

What I've Been Doing for the Last Five Years
2 hours ago
L85383 LCS. Sensor track add on
2 hours ago
track screws
2 hours ago
no 384 Setup, Clean, etc. - Rookie Enthusiast
2 hours ago
Buy/Make Anything Cool Lately (Tinplate Version)
2 hours ago

Does every Lionel locomotive come with a locomotive memory module?
2 hours ago
370 diesel lovomative
2 hours ago
Any Idea How to Mount LionChief Wireless Controller to Layout Surface
2 hours ago
Should I try to fasten down FastTrack for Christmas?
2 hours ago

DCS - what route would be best
2 hours ago