Attached is my 8' x 20' fastrack layout.  I will power it with two 180w Lionel bricks and two Legacy PowerMasters.  Can anyone suggest how I would break this plan into blocks and how I might wire them to the two powermasters.  I will run all TMCC engines (bought for my grandsons) most of the time. However, I would like to run conventional as well (my kids old trains).  I haven't had a layout since my kids were young and it was, of course all conventional, so I'm trying to learn before I lay track.  I have command control switches, but I might like to wire them as well.  I need to park trains on the long sidings and on the left is a yard area, on the right will be the engine service area.  I'm not sure how to break the reverse loops into blocks as well as the crossover.  The table is built and I'm ready to lay track. Any advice would be appreciated.

You seem to have two goals in mind.     With the TMCC, you can run anything anywhere using the loco ID number as I understand it.    So you only need kill switches to store extra locos and trains.     That said, I would gap the main and sidings at both ends at the frog ends of the switches.      Gaps at switches should always be at the frog or diverging ends.    Use simple SPST (single pole, single throw) switches I would also then put simple SPST kill swtches on each yard track and each loco service track.    I don't know how the power supplies work together but I would sort of put one on each look then and gap the connectioons between the loops.    That should do the wiring for TMCC.

Now, changing to conventional is separate issue.     In that case you probably want to break both wires feeding to the track.   I think I would try keeping it simple.   I would do all the kill switches as above, then I would put Double Pole, Double Throw DTDP switches on the main power feeds from each power supplies to the track.     I would wire one side of the DPDTs to the TMCC power feeds and the other side to the TMCC Power feeds, and the middle connections to the track.

General rule of thumb - draw a line at each switch route end that is where you have a block division. Following that rule (with a couple tweaks), you end up with this on your layout: Note that due to the number of blocks, I had to reuse colors, so if they are out touching, consider them a different block.

You may want to split the brown block at the yard and crossover entrances into two separate ones down the middle and segment the long outer red one in to a few blocks as well.

Thanks for your reply.  Can you tell me why I might need this many blocks?  I understand the  purpose for the sidings and the insulation of the main lines, but I'm not sure why I need to to place so many blocks in the outer loop to inner loop crossing and the reverse sections in the inner loop.

Thanks for your reply as well.  The second paragraph confuses me.  Could you explain it further?

In short, the high number of blocks gives ultimate route flexibility in a pure conventional mode allowing for multiple independent  trainsto maneuver between loops/routes, rest on sidings and so an and so forth.

It may be worth your while to go after this book: Greenberg's Wiring Your Lionel Layout 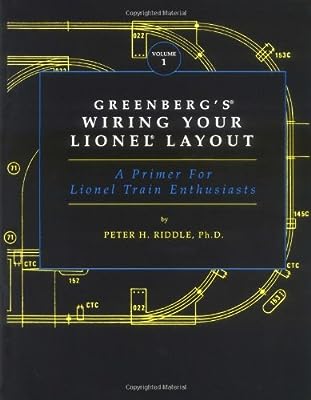 Thanks; I just ordered the book. Would this configuration of blocks work?  I agree that I may as well block as you suggested if I would do something like this.  I'm just trying to understand the difference.

1 - In your last diagram, it appears like you are including the switches as part of a block which should not be done otherwise when you power down the block you will lose power to the switch.

2- I think the blocks inside the crossover area are unnecessary. You could just hold the train further back in one of the mainline blocks and then let the other train cross over.

I was not going to add to the complexity of this thread and then had second thoughts.  PRRJIM is talking about manual switches. If you want to be glued to a bank of switches and not be able to move around your layout as your consist moves along then by all means use manual switches and save yourself a great deal of money.  But if you like to follow your consist and you already have the Remote in your hand, consider using the Lionel Block Power Controllers that can turn your blocks on and off or switch them from one Power Master to your other Power Master.  Word of Warning: Although I have never seen a definitive statement to this, there appears to be a definite difference between the older BPC and the newer BPC2.  In that the newer BPC2 appears to just be an on/off switch.  By my reading, I cannot figure out how the BPC2 can switch between two or more Power Masters.  This caveat would only be of interest to you if you were running Conventional and Command simultaneously, but of course not trying to do it in the same block which is impossible.

Ok.  So after considerable thought, I have decided to build my layout for only TMCC (8 engines).  The three conventional engines we have will mostly just be displayed on shelves or run once in a while on the outside loop for nostalgia’s sake.

So, I am asking for help in refining block control and wiring to this end.

Attached is a plan for blocks.  Would you add or delete any?

Thanks you all for your input so far.  I’m learning as I go, but as you can see, am still a bit unclear on all of this. Again just my two cents but I am not sure that having two Power Masters is required or advantageous.  Just connect the two 180 watt Power Blocks, in Parallel of course, to one Power Master.  That will give you 360 watts all over your layout for your Locomotives.  This would also allow you to use the BPC2.  The BPC2's would allow you to turn on/off any block on your layout.  If you used two Power Masters you would then need to use the BPC.  But then again if you are only using Command Locomotives, why would you want to switch between two different Power Masters?  Again why insert that complexity for a reason I can't figure out?  If you have a "For Instance" in the back of your mind that maybe I am not considering, get back to us.

Again the beauty of Command Control is not being stuck behind a "Control Panel"  using the BPC2's will allow you to do that.  Using the SPST hamstring you to remaining behind the "Control Panel" to flip them when you need to.  If you are still 7734Bent on using manual switches and you are using two Power Masters, you would actually need to use SPDT (with center OFF) switches as the center position would be no voltage flow and the Double Throw would be one way connected to Power Master One and the opposite throw will be connected to Power Master two.  This would allow either Power Master to be connected to the subject Block.  One SPDT switch per block is necessary.

I hope this helps you somewhat.

Thanks Jim.  Good advice; it makes sense.  Can i use two CAB1s with one Powermaster?  Are the blocks reasonable?

A Power master is basically one electric contol swith (on/off) for 1 block. So for each block you will need one power master.  Or have the one powermaster on a rotory switch so you can change which block.  What you need are BPC Block Power Controllers.

I think PowerMasters are overkill for simply turning a block on or off - a BPC2 is much more applicable and cost effective. Unfortunately, any of the command equipped items don't allow you to dynamically select a power bus and assign it to a block.

Which MTH FM Train Master Should I Get? Help Me Decide.
6 minutes ago
o gauge three rail Ross Switch, it 3way throw
7 minutes ago

3rd Rail Wishlist Request Future Engines
1 hour ago
How Many Locomotives Can Be On Your Layout?
1 hour ago

Problem getting engine on cab-2 remote
2 hours ago

Last Runs of the R32 Type Subway Car
2 hours ago

Forwarding of Messages Capability
4 hours ago

Post War ZW for lights and other items
4 hours ago
Restoring a Lionel 152 - opinions desired.
4 hours ago
Scratch Build a Scherzer Rolling Lift Bridge
5 hours ago