I have two Lionel 258Es for which I am replacing the e-units.  Both have the same difference in wiring vs. the wiring diagrams I've found on the web - while the web diagrams show the wire from the top center finger going to one of the motor brushes, both old e-units have that same wire going to the motor coil.  Yet when I connect it the way the old units were connected, the train runs in only one direction.  Any advice?

A photo of the situation would help. Post war, pre war? Not sure what you have but motor field wire might need on outside top finger of drum.

Some late prewar motors were reversing field instead of reversing brush. Is the bottom brush holder grounded thru the mounting screw? 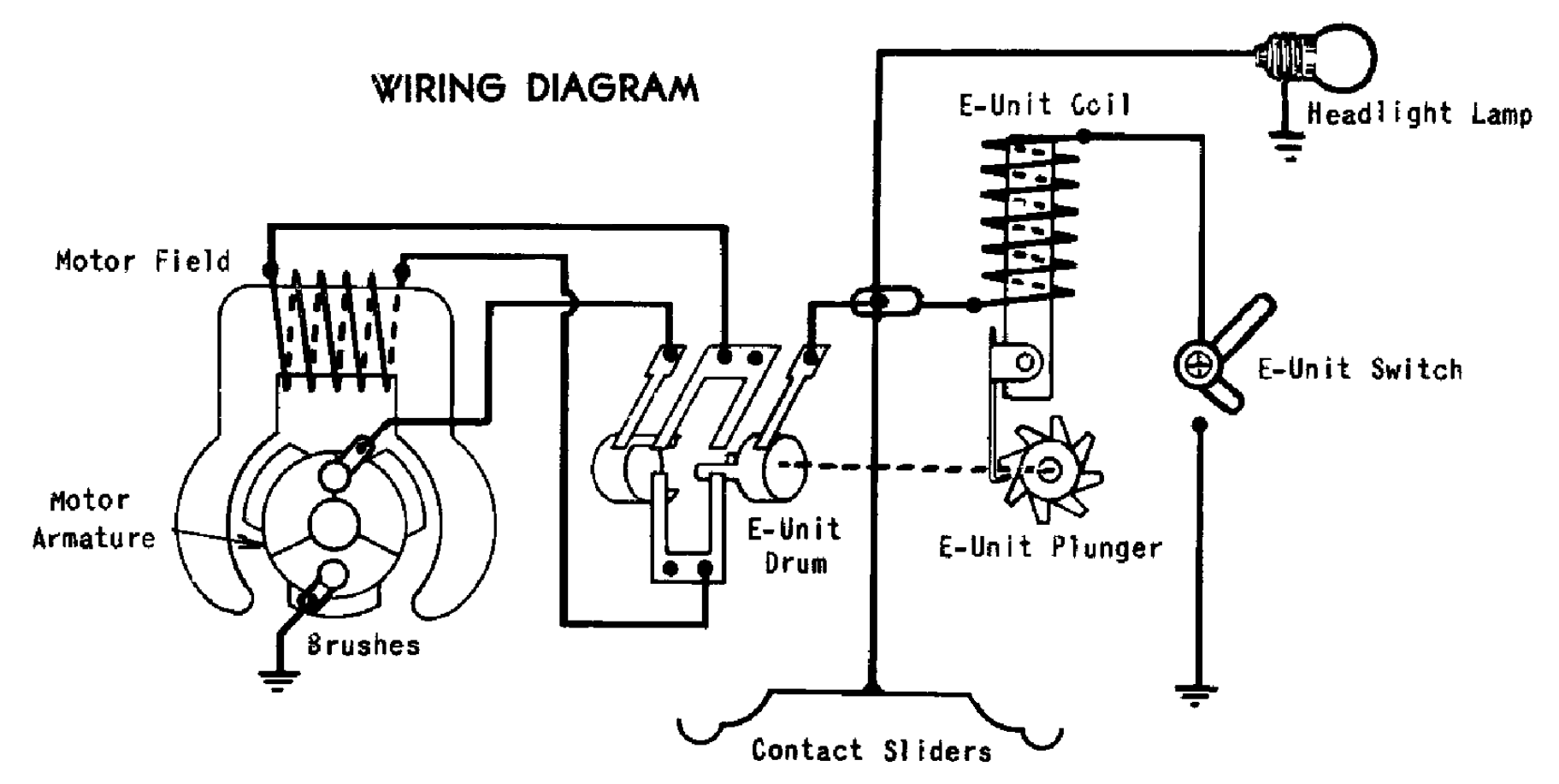 There is a consistency in e-unit wiring that is the same whether it is the field or brushes that are being reversed.

The motor is two magnets, one rotating and the other fixed.  One of those magnets is the field and the other is the armature, which gets electric current from the brushes.

Now consider that drawing of the E-unit contacts.  The contact on the right is always connected to power.  The left contact is wired to one side of the magnet not reversed by the e-unit (usually the field for Lionel).    Note that which outside contact is which connection doesn't matter - reverse them and the result will be the same.

The two middle contacts go to the magnet that has its current reversed (usually the brushes on the armature for Lionel).

You can swap the words armature and field and still have the same reversing effect.,  The e-unit is simply a DPDT switch that changes the direction through either the armature or the field - doesn't matter which.  It's really that simple.

There are dozens of Lionel and American flyer wiring diagrams for different locomotive, but all of them follow the logic that I've just described.  The Lionel diagrams relate the connections to different physical locations on the engine, but the logic of the connections is always the same.

The same logic holds for Lionel pendulum reverse units and manual switches and for the sometimes appalling AF units.

Help me identify this please
2 minutes ago

MTH thumb wheel bracket
17 minutes ago
Very strange phenomenon with one locomotive on one piece of track!!
24 minutes ago
Centering couplers
25 minutes ago

Stoney Creek branch of the ET&WNC, in On30
32 minutes ago

a picture a day....
40 minutes ago
Do you like Triple-Heading switchers?
44 minutes ago