The earliest cars from 1938 had very thin couplers.

This searchlight car has the thicker/tall-height curly cue coupler

As for you missing anything, I would say only color variations.

This boxcar has evidence of being a 1937 variation that had the 1937 couplers and trucks pried off at the factory and replaced with 1938 trucks and couplers.  This process has been noted in the Greenberg's Guide and is the first and only car like it that I have observed.  Note it has the earlier cream color instead of the later more orange color and again note the thin/short-height coupler. 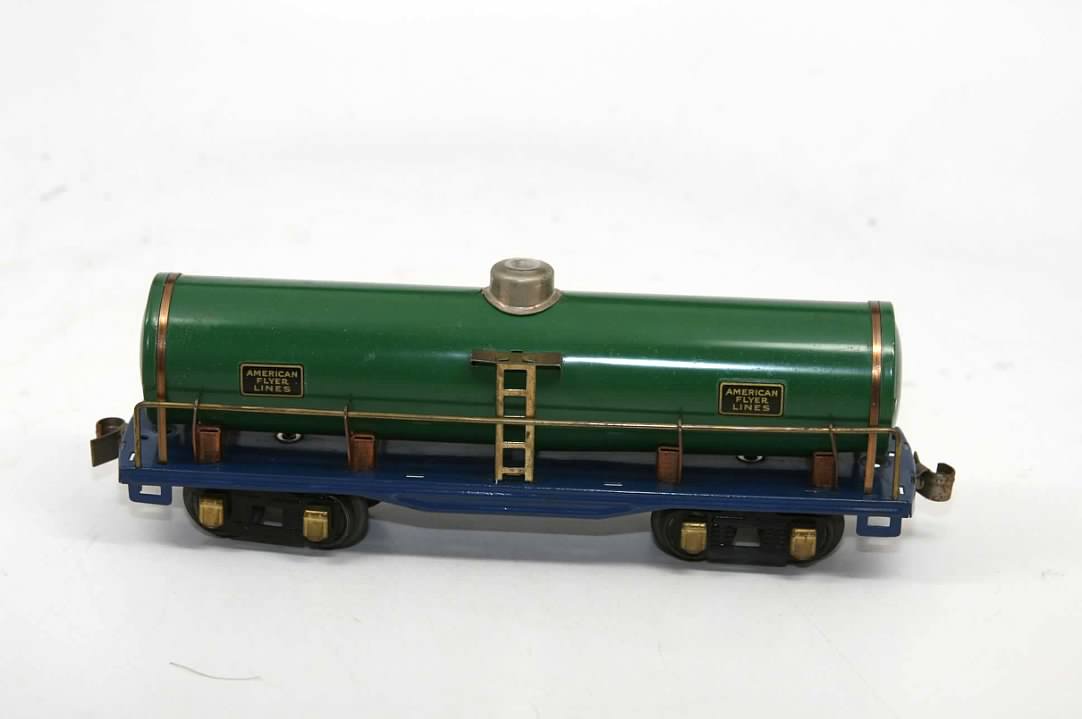 Very cool.  I have a set of red passenger cars that I believe have the curly q couplers, as well as the caboose.

Since Steve did not post any passenger sets, I skipped posting them.  Here are two 1939 passenger sets featuring the 6 inch cars.  Blue set with 417 engine on top and red set with gray 401 with nickel trim and unusual tender with no billboard stripe. 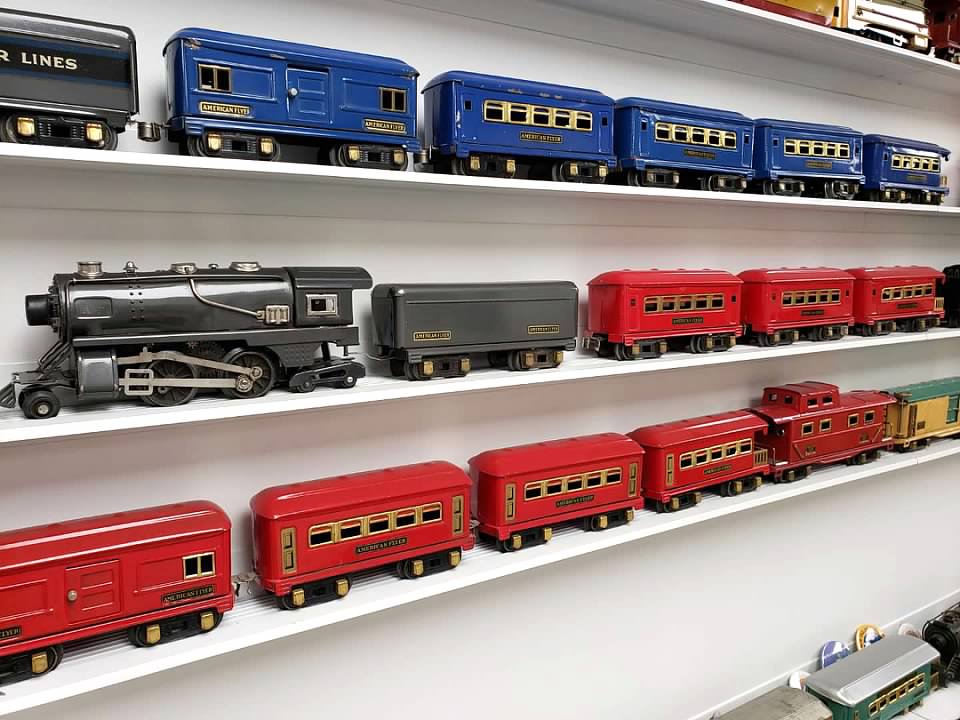 Couple even made it down to me ...

BART in O Gauge
1 hour ago

Help Identify this photo
1 hour ago

ANYONE DELIVERY UPDATES ON THE RUN OF ATLAS/MTH AMTRAK GENESIS ENGINES?
2 hours ago
For Sale - Atlas Burlington Northern rolling stock (Free Shipping if you buy 3 or delivered at York)
2 hours ago

Layout Platforms and Tables
4 hours ago

Let's Look at Some Analog Power Supplies...
5 hours ago

ANNOUNCING OUR PRE-HOLIDAY AMERI-TOWNE SALE! THE BIGGEST SALE WE HAVE EVER HAD! LIMITED TIME ... SO ACT NOW!
5 hours ago

Railroadiana Items In Your Collection
11 hours ago