Raymond Lowey designed the five stripe paint scheme in the early '30s for the GG1.  In his words, it was not only aesthetics, but also functional, as anyone working or otherwise, on the tracks could see the cats whiskers coming.

So here's my question, Why is it that the cats whiskers on the GG1 curve all the way around and onto the nose of the locomotive, making them visible on the front of the loco ?   While on Pennsy's covered wagon diesels,   the stripes are visible from the side only.

I don't pretend to know everything, although I'd like to.  So if the Pennsy did paint stripes on their diesels in a similar fashion as the GG1 let me know.  Then I will indeed, know everything.

I don't know what "covered wagons" you are referring to but, the photos of the earliest "covered wagons" from most of the builders did indeed have the multi-stripes join together on the nose and then drop down to a single point at the anti-climer.

Don't I feel foolish ?   Googled Pennsy diesels and low and behold the stripes do come around and onto the noses of most of them.   It's amazing how much I don't know any more.

Lionel certainly got it wrong with their version of the EP-5.  Not only were the stripes incorrect, but the locomotive is nowhere near a Little Joe Electric.

Sorry for the fuss.  I had better go back to sleep and wake up again.  Maybe I never woke in the first place....LOL

Lionel's "Little Joe" was based on the GE EP-5 for the NH.  PRR tested a motor, but did not purchase.  So Lionel blew it!

Also, neither Great Northern nor Milwaukee Road had EP5's.

No Pennsy EP5 but the Penn Central did. Actually most early "covered wagons" for the Pennsy had a single stripe? Thanks Rusty... I always flip flop the two...

Thank you for the education about discerning cat's whiskers from cigar bands. Admit I enjoy those esoteric details.

Penn Central got so lazy about aesthetics with their basic black locomotive schemes.

Penn Central got so lazy about aesthetics with their basic black locomotive schemes. Yes and when I was a kid I thought the C&O was bad too... 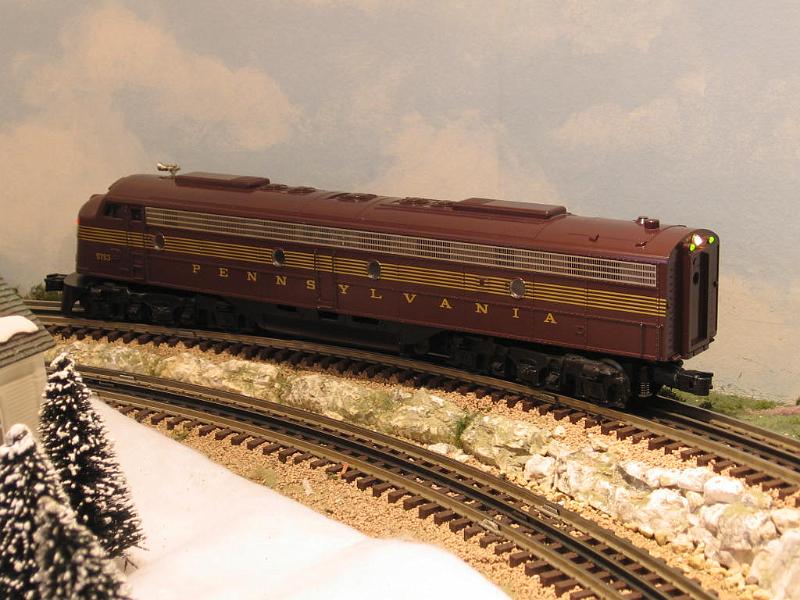 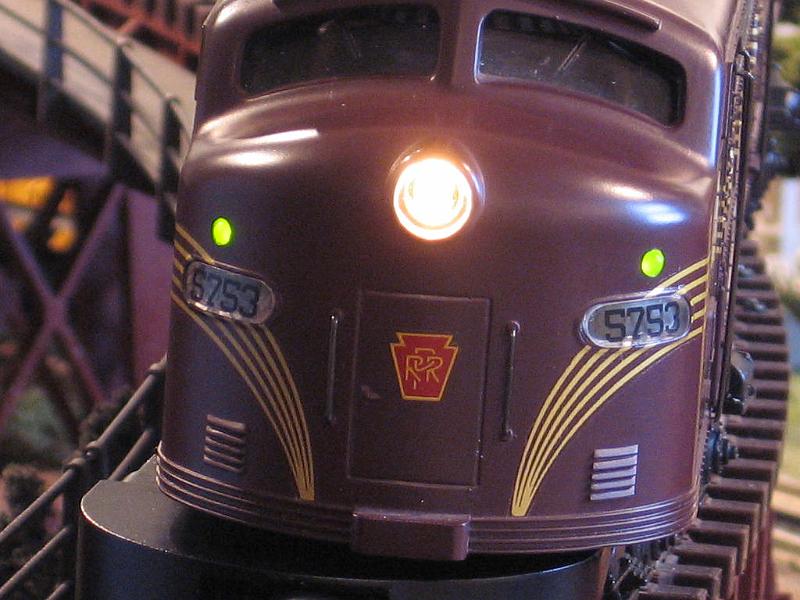 Someone could probably write a book on "dip" paint jobs: Ironic that a railroad who constantly seemed to be in default, the New Haven, had one of the snazzier paint jobs. My dad worked briefly with them as a fireman after WWII. PS- Dan, thank you for your service!

the PRR originally maintained two paint schemes for the diesel and electric power:

5 stripe for passenger engines, single stripe for freight engines. eventually that line was  blurred (pun intended) and both schemes were found on both uses.

No Pennsy EP5 but the Penn Central did.

A good example of how not to paint this locomotive.....

MTH Scaletrax Flextrack without joiners?
7 hours ago
MTH Realtrax Switch Issues
7 hours ago
Missouri is spelling wrong on my new steam engine
7 hours ago
(07/14/20): New Boxcars from Menards!
7 hours ago

A Pleasant Surprise
8 hours ago

New Wire-Guided Tractor-Trailer Teaches Me A Lot of Good Lessons
9 hours ago
All Nation/Varney Ten Wheeler...
9 hours ago