I have posted these in the "Photos Thread " but as there is a bit of info in the post , I thought it only fair they had a presence all of their own in the Tinplate section

First up I am kind of proud of these because they are my first true "Big Boy" British Hornby carriages , and what a pair to start out with !!! ...

Nut & Bolt construction Pullman & Dining/Saloon coaches ... one from the early period ( 1921-22) being Green & Cream with gold lined windows and fixed doors ( not opening as in later iterations) and the other about 1924 as it has opening latching doors .

These have had some restoration but remain very much period , with roof touch ups etc ... but for something entering their 100th year shortly are indeed pretty nice ... Sourced locally here in Aus 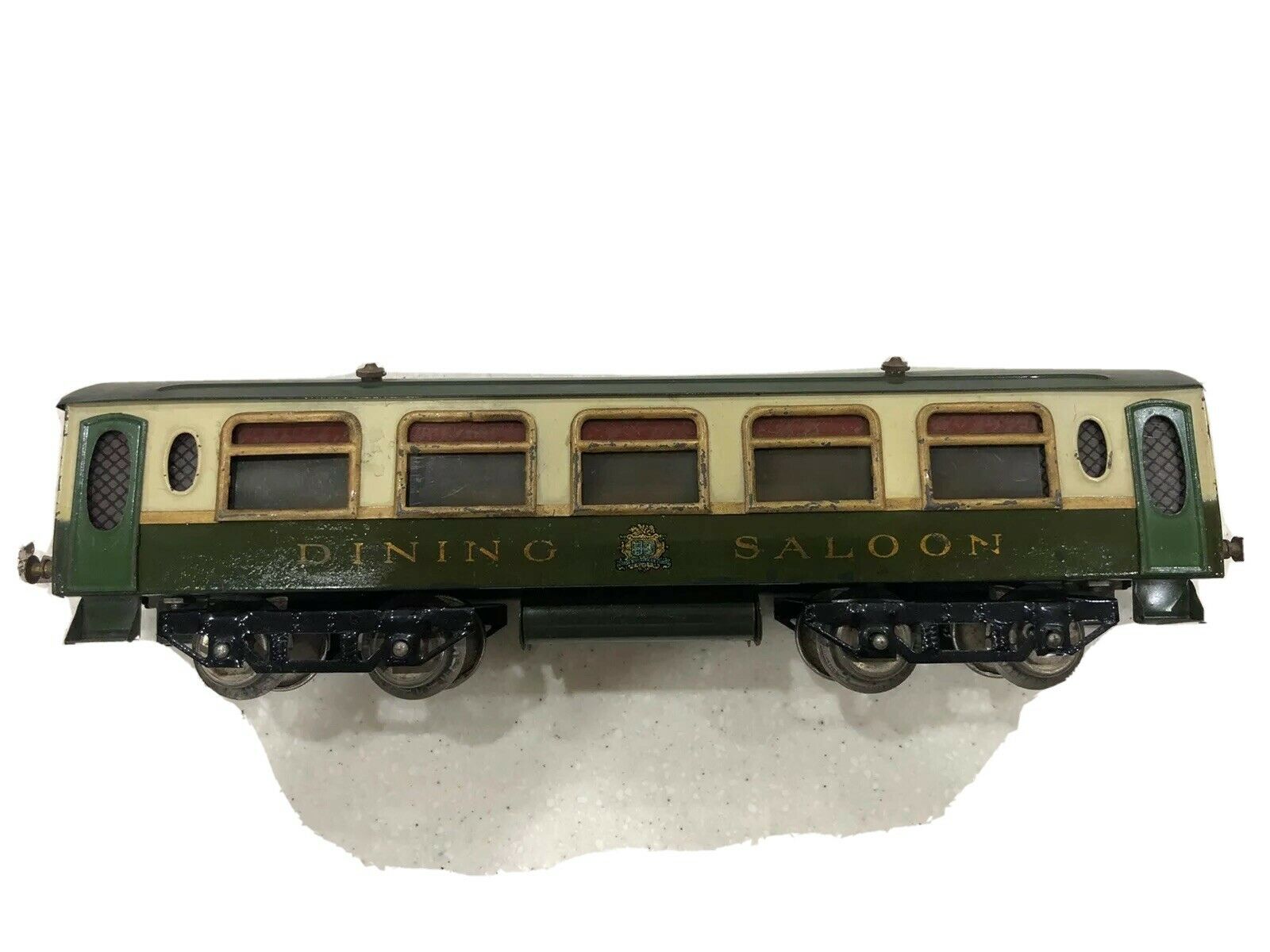 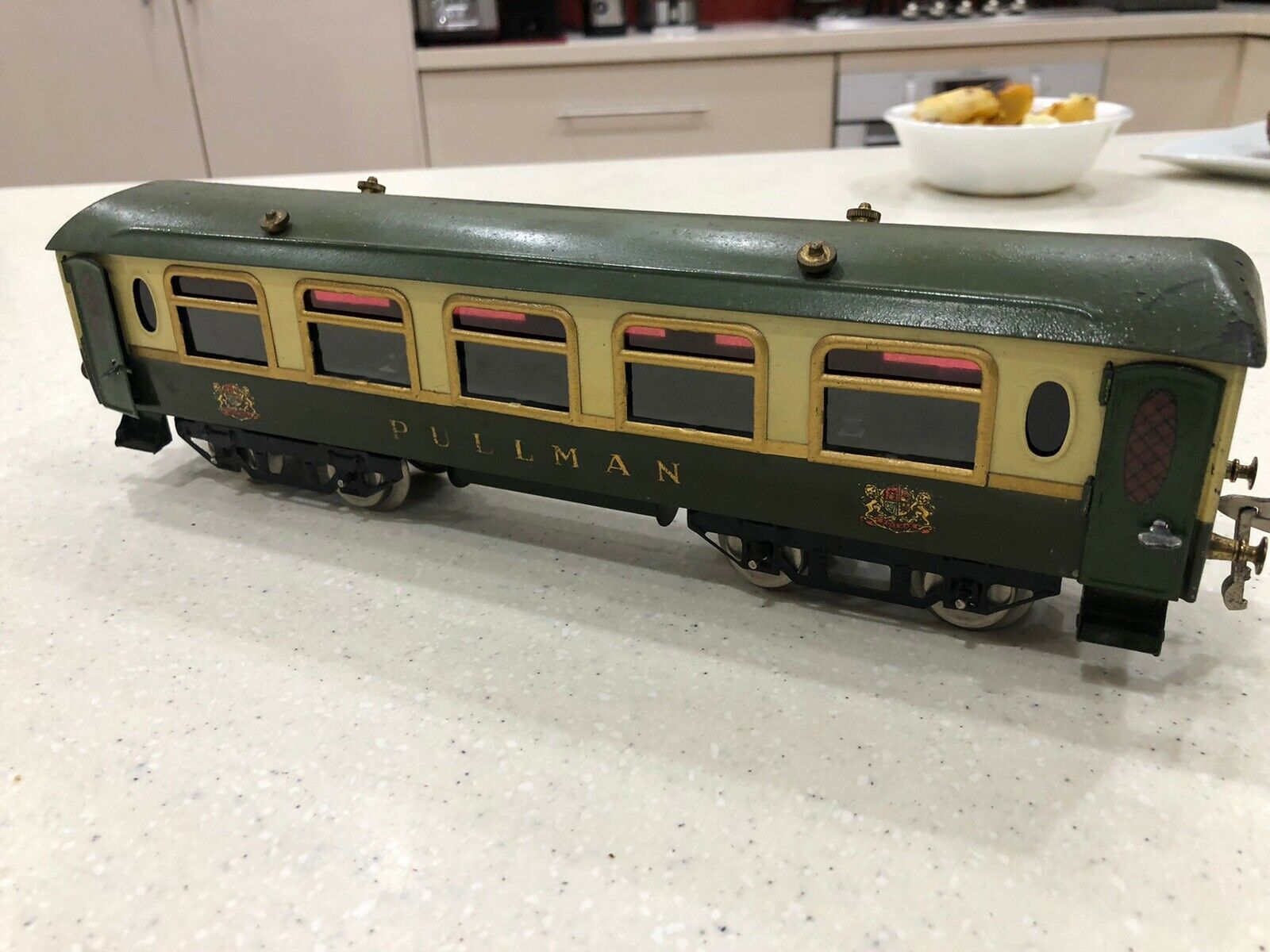 Probably not meaning too much to anyone else , but to me these were kinda "Holy Grail" territory so I was very chuffed to grab them

A King George the Fifth Clockwork locomotive ( with a non correct tender , but I wasnt quibbling because its also a hard to get one) 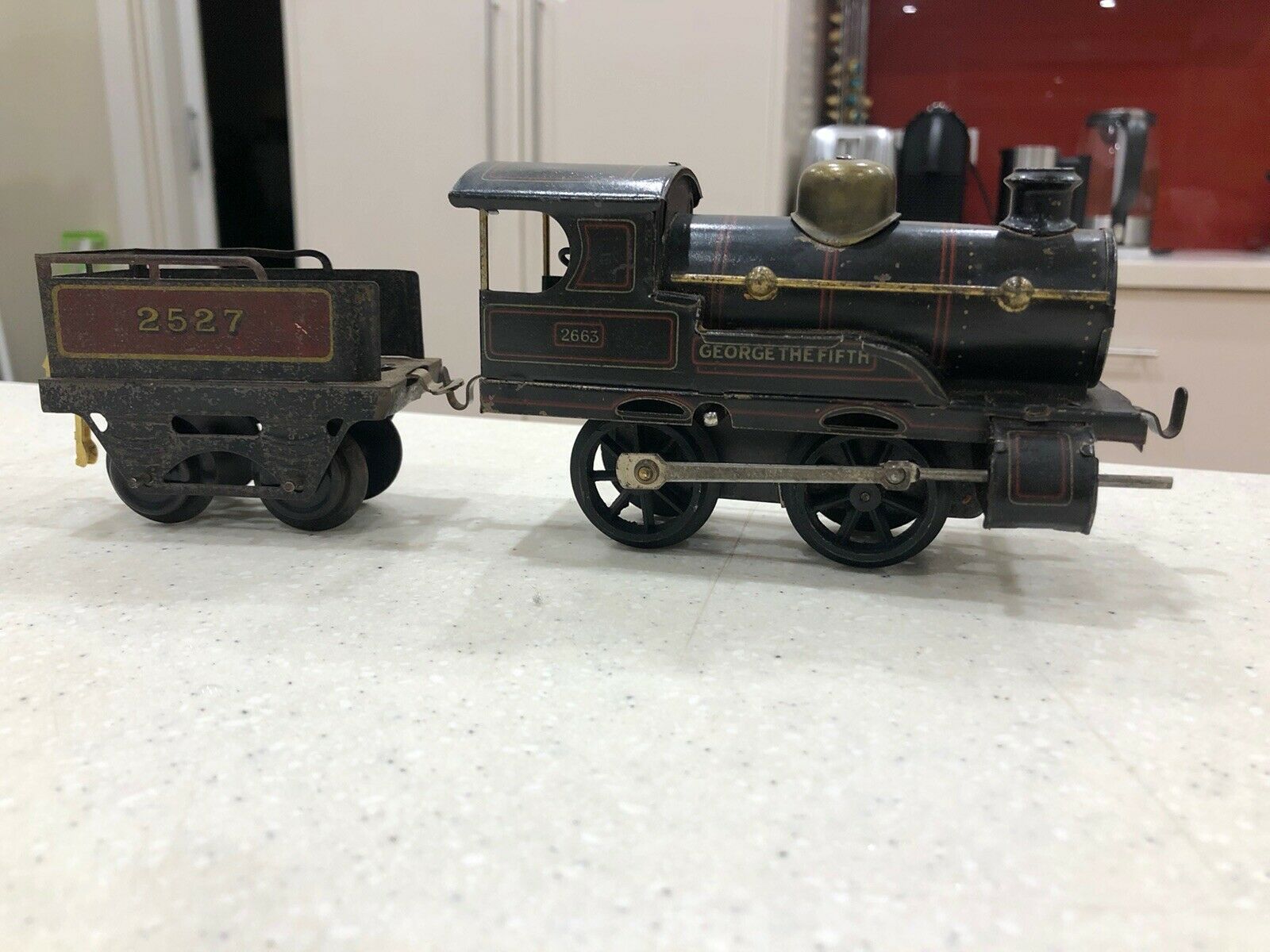 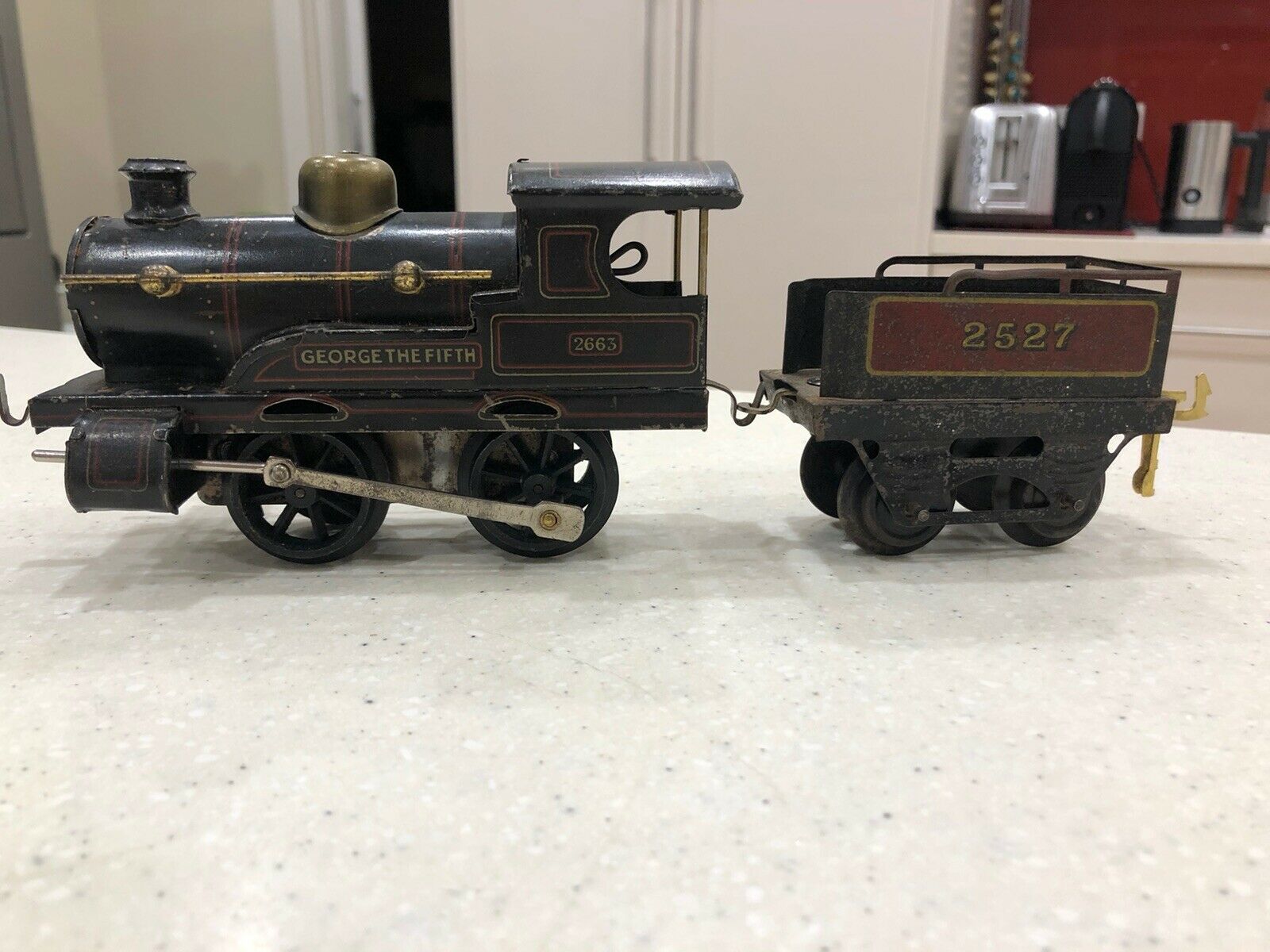 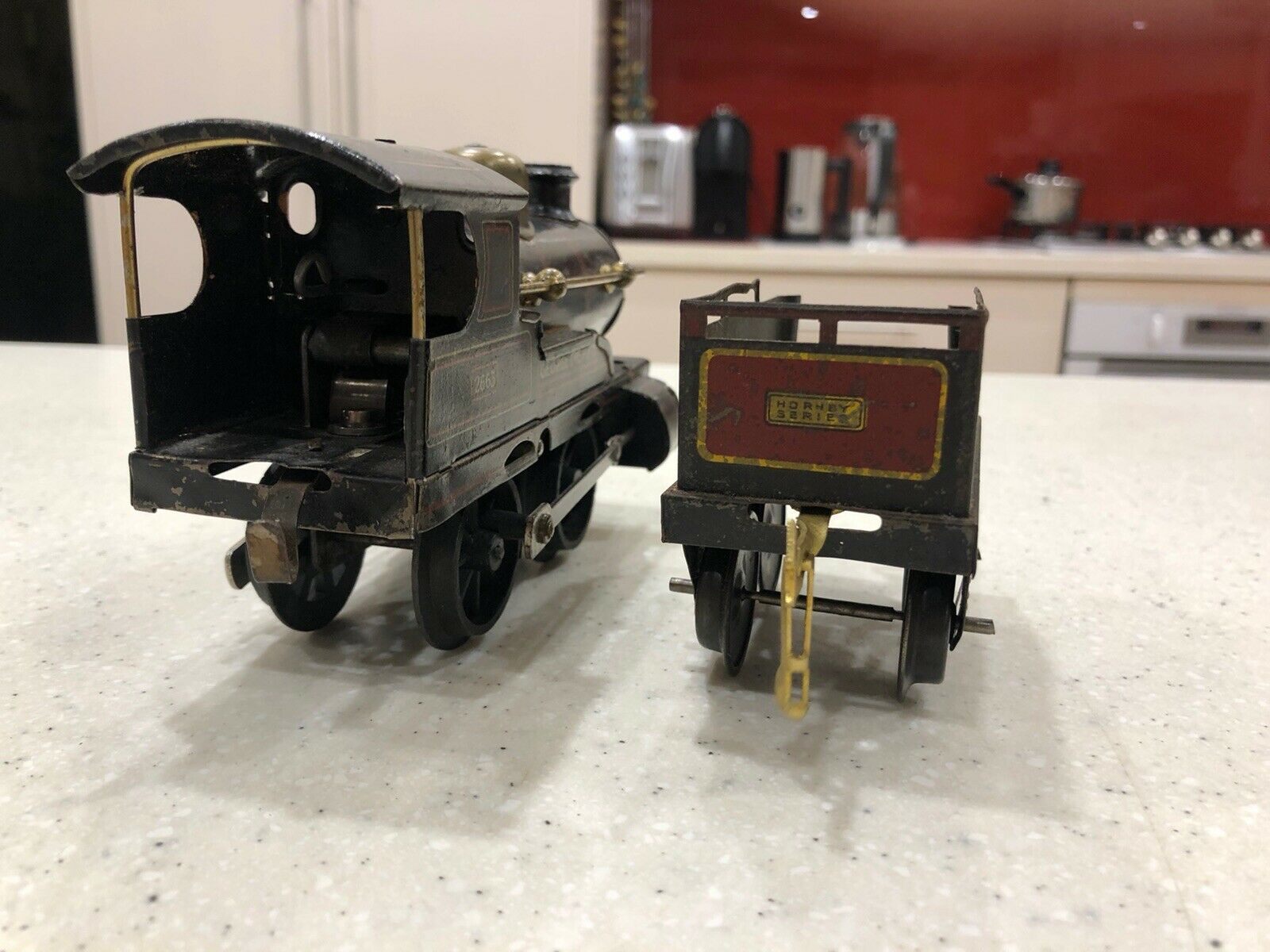 This looks to be a later transitional George as it has the front coupler( earlier version)  and no wheel connecting rods ( also earlier runs) but is fitted with the non-reversing motor , so that puts it firmly 1923-25 I would think , but nevertheless a handsome model and harking from the very early days of Hornby ...

It has been a GOOD week!

Fantastic early trains. Love the nut and bolt construction of the Pullman and Dining Saloon Cars, the brass bumpers and the working door handles.  The knurled brass  nuts on the roof are also cool, is there any seating or interior details ?

Saw these on the Photo Forum and I should have replied there! VERY NICE acquisitions, indeed, and you should be proud! THANKS for sharing!

No real internal detailing , later no.2 Special versions had printing on the celluloid windows of table lamps to try and fool you , but these first runs just had the red tinted upper and clear lowers . 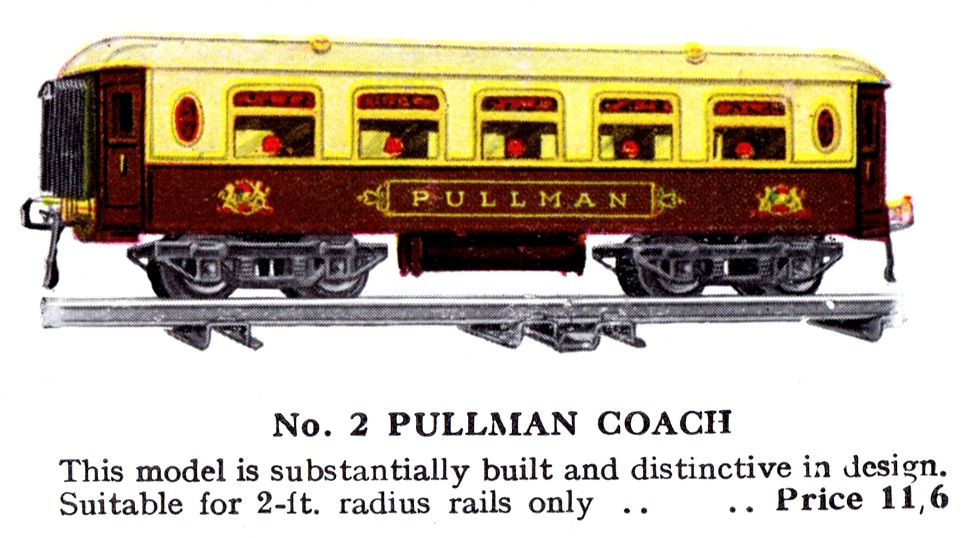 Old Hornby is great to collect, here are my N° 2 Pullman coaches. The windows are original. When I pull myself together I'll post my two Caledonian coaches from 1922-23.

And here they are.  This set is one of Hornby's first --1921.  The coaches have Caledonian crests and the Dining Saloon features the words Caledonian Railway Company.  Upon sober reflection I think that the MLLtd decals make it 1921 rather than 1922 although the ridge around the keyhole might make it 1922. on the crest.  You need a magnifying glass to read it.

A poolroom in the failing coastal Maine town of Penobscot Falls in 1956. Modeling from Down East.
19 minutes ago

Table of Contents at Pg 1, Post 1--Building and Evolution of an Action Packed Fifties Era Lionel 027 Operating & Switching (31) Layout w...
20 minutes ago
What would be a prototypical MTH Amtrak Diesel/electric for my Amtrak consists?
23 minutes ago
Has mth given up on its modern europian locomotives and rolling stock?
27 minutes ago
Budd Slumbercoach Second Run Interest?
28 minutes ago

A great tinplate layout in France
42 minutes ago

K Line O27 uncoupler track
50 minutes ago
Mario's Trains
52 minutes ago
just having some, "FUN with our RailRoads"
1 hour ago
What did you do on your layout today?
1 hour ago