Are there any other surviving TR2B calf units other than C&NW 1103 at the Boone and Scenic Valley RR? The only other TR2B I know of is Belt Railroad of Chicago 510. I tried to figure out where 510 ended up, but the latest photo I've found of it is from 2002 at Independent Locomotive Services in Bethel, MN. I'm assuming it was rebuilt or parted out. I'm trying to figure out if C&NW 1103 is the only one left.

crickets... I'm guessing there really isn't many left, or there isn't much love for calf units...

crickets... I'm guessing there really isn't many left, or there isn't much love for calf units...

Well, without the "Cow" to control it, there really isn't much use for a "Calf" by itself.

Good point Hot Water. I was just curious to see if any other museum had a cow/calf set. There are plenty of TR2 cows floating around, I figured some might have gone into preservation with their calf.

I'm surprised there is even one left. Not real high on the locomotive preservation list.

I have always thought they were cool.  I especially like the C&O "herds".

That's not a "Calf", since it has no prime mover. It is a "Slug", which receives its tractive power from a "Mother unit".

Well, without the "Cow" to control it, there really isn't much use for a "Calf" by itself.

I'm pretty sure that is correct, especially most all the earliest "Cow & Calf" units.

Weren't most/all calves converted into full-fledged "cows" with the addition of a cab and controls?  A point of perhaps side interest, the Burlington tried a cow and calf set on their rugged Black Hills line, in an attempt to replace T2 2-6-6-2's. That was unsuccessful, as they were superceded by 4 unit F's, and ultimately SD7/9's. The 2-6-6-2's remained in service into 1951.

The CNW 1103 isn’t exactly “preserved”. It’s rather stuck out back in the weeds and not scrapped. Weren't most/all calves converted into full-fledged "cows" with the addition of a cab and controls?

I do recall reading somewhere that the "Q" did return most, if not all, of their TR calf B units back to EMD to be upgraded with cabs in the early '50's, a few years after their purchase.

C&O owned two TR3 "Herds", A-B-B sets and two TR4  A-B Cow and Calf sets. None of those six B "calf" units were converted to A units or given cabs. They were transferred to B&O midway in their careers and worked there basically as built, with a few modifications, in all types of service from mainline helpers to humping cars. A few were retired in the late '70's and the remainder retired in the early '80's.

The CNW 1103 isn’t exactly “preserved”. It’s rather stuck out back in the weeds and not scrapped. 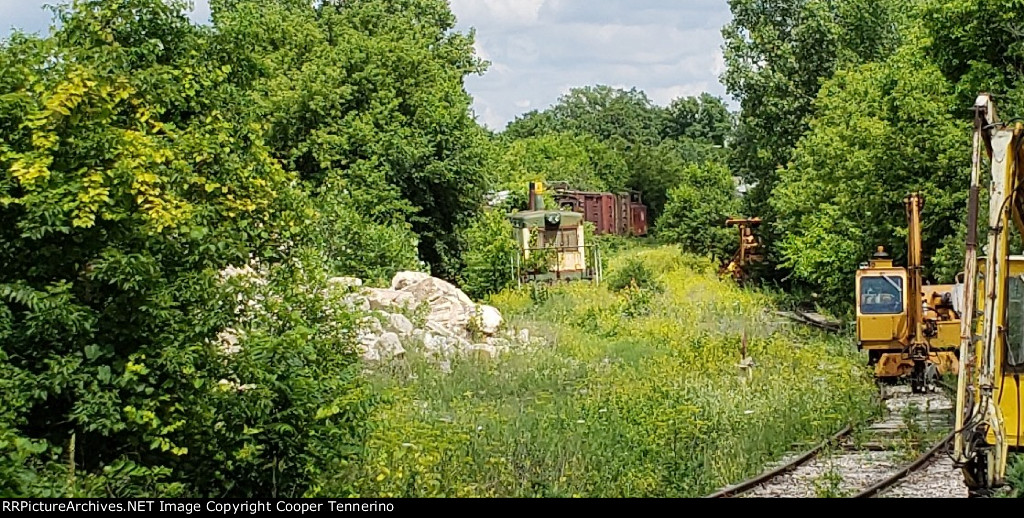 According the RRPicturesArchives.NET, this picture was taken by Cooper Tennerino at the Boone and Scenic Valley Railroad Museum on June 23, 2018.
Sure, lots can happen in 2.5 years, but my guess is not.

The Western Maryland EMD BL2 #81 and her slug 138T survives at the B&O Railroad Museum in Baltimore, MD.
http://www.borail.org/WM-No81.aspx 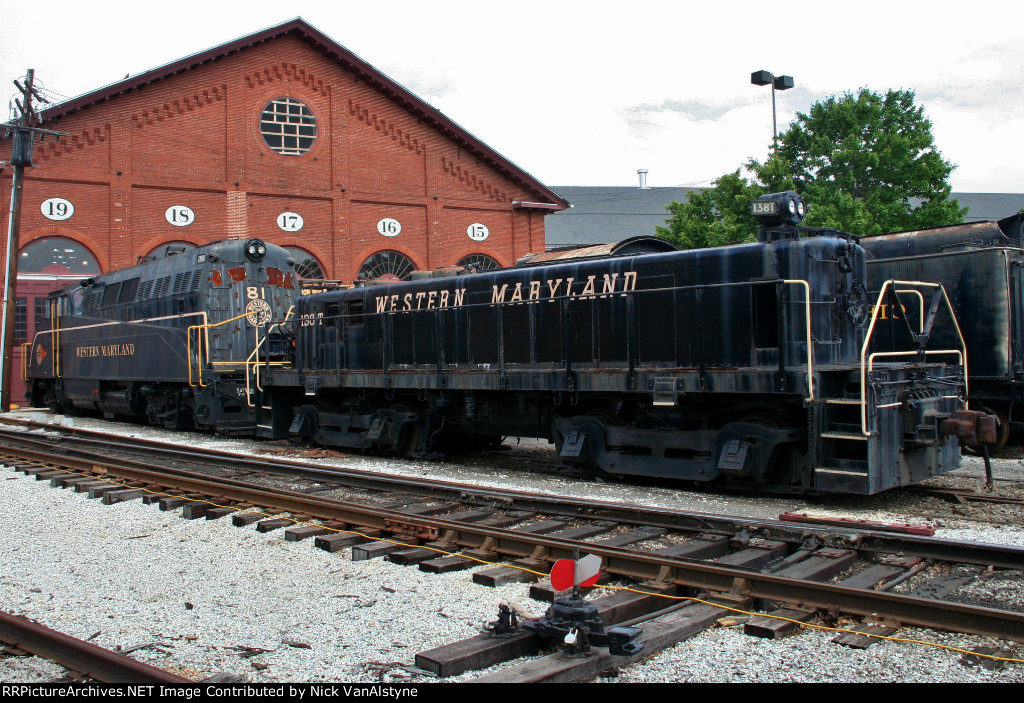 Yes, as true TR2A and TR2B units had a headlight only on their respective front ends.

The Western Maryland EMD BL2 #81 and her slug 138T survives at the B&O Railroad Museum in Baltimore, MD.
http://www.borail.org/WM-No81.aspx

That’s at the Boone Scenic in Boone, Iowa. My pics were taken August 2020. They have a lot of interesting equipment that’s hidden “out back” in the weeds like this. Originally it was CGW. I read somewhere that some parts from this TR were removed for the other EMD end cab switcher they have, painted M & St. L. Still, I wish they would display it somehow. It’s an odd museum with a scenic train ride. If my foggy memory serves me well, didn't C&O initially order the herd sets in order to work one of their major hump yards?

Sign In To Reply
Post
Lionel 773 comes in for a Pittman swap ....Tales from Harmon shops
4 minutes ago
For all you Santa Fe fans
11 minutes ago

Buy anything cool lately?
51 minutes ago
Small loop line running around my bedroom wen i win lotto
57 minutes ago

The "O-Scale" Gateman. A real disappointment.
3 hours ago
Photo Chain Game
3 hours ago

Confused: Connecting Transformer to TIU to FasTrack
6 hours ago
All Topics