Time to another some motive power to a new freight train. Since my layout is 50's themed, I want to add a RS-3 diesel model to a new freight consist. Looking for a Reading road name but can't find one. May have to custom paint but first need to purchase the loco. Looked at the Lionel and both old and new designs look to be very cheaply made . MTH didn't seem to offer much, Williams had a few and Weaver shows them in their 2013 catalog. Who makes a good quality RS-3?

Of all the manufacturers I would say the Weaver probably is the closest to the correct contours of the RS3 body. Weaver uses TMCC in their products. I do believe they made Reading at one time or it was a custom run.

I have both a Weaver one (First edition with the tower chain drive) and an MTH one. Living near Schenectady the former home of Alco, i also have 3 PA's (AA,AA,AB), 1 FA (AA), and 1 RS1.

Back to the RS3's -- the Weaver one is the most accurate and true to scale, and if it's an early one (fixed pilot) with new gears on the drive (from P&D) it's a great runner at nice slow speeds, AND can often be found at train shows or on eBay for $60 - $100. Newer issue Weaver RS3's have vertical motors (China Drive) and swiveling pilots if that's your thing.

The MTH ones IMO are of better quality than either the Lionel, WBB or K-Line ones and next to Weaver are the most accurate ones.

I've added TMCC to both of mine, and RailSounds to the MTH one; at the time i did the Weaver one (over a dozen or so years ago) there wasn't enough room in the body for a sound board and speaker, and no room in the fuel tank for the speaker with the driveshaft running through it.

I have this one. Atlas if you can find one on E-bay, buy it. They are by far the best. Don

I like nit-pickers. That's how we learn. Thanks Don.

I don't want to nit-pick, but show a picture. Don LOL

I don't want to nit-pick, but show a picture. Don LOL

I did post a picture of a Reading RS-3.  It shows on my computer.

I also have the Atlas RS-1 (close enough to an RS-3) and it's a great model. My only complaint is that I run conventional and getting the battery in the tank under the frame where it is stored is a real PITA. I run without it. I have an MTH RS-3 on order and await delivery so I can't comment on the quality yet.

Weaver RS3, note that there is no cab detail.  EOB speed control, electrocouplers.

IMO the Atlas RS1 is a much better product. 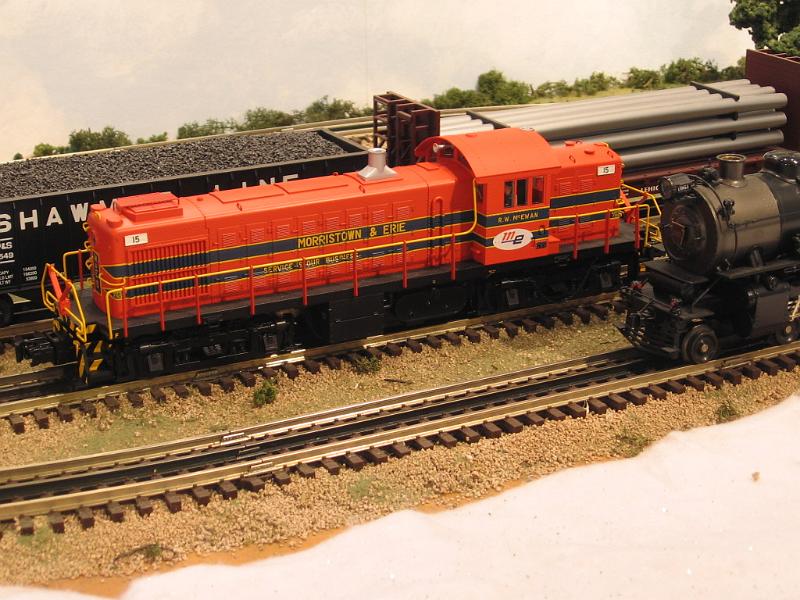 Atlas is offering the Trainman RS3's for delivery this fall. I believe they are the best out there.

I've always fancied one & an old MTH loco sound one came up on the UK ebay.

Great little loco even has cruise control not bad for a cheap one.James 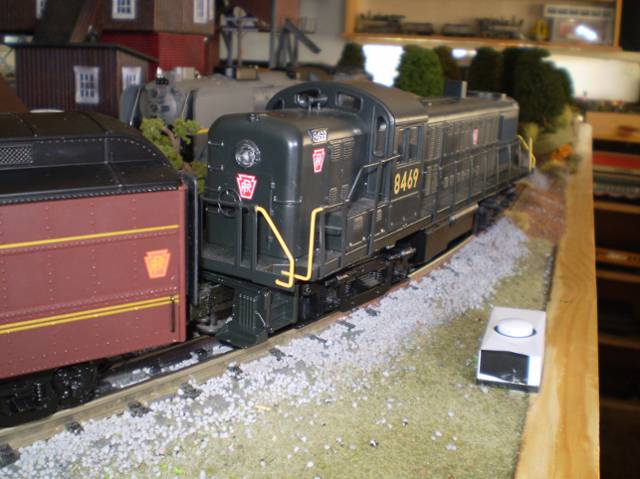 K-Line made one. I have one lettered for NYC. Well made with OK sound for RS4. Smokes like an MTH.

The early Weaver RS-3 with chain drive are a bit fragile. The chain drive gear on mine stripped and yet to fix it. Look good.....

I think all of them are pretty good quality.  You have to judge the looks based on your preference.  I agree with AMCDave.  Chain drives can be a pain, so those Weavers get a black mark for that.

I actually want to try out one of the LC+ ones.  I know the initial batch was recalled, but I figure that is fixed by now.

Does the supper detailed include mashed potatoes?  Not nit-picking mind you.

Too bad Reading didn't have any RS1s, or you could get get that quality Atlas unit.  Of the RS3s out there today...the  Weaver would be closest to the real chooch, but the old chain drive model was a better looker.   With some tuning it was also a better runner.

Does the supper detailed include mashed potatoes?  Not nit-picking mind you.

OK.  They aren't super detailed either.

I have rec not RailKing offerings.  The powered unit came with smoke which wasn't on previous RailKing versions.

The original Chain drive weavers were the best running.    The single motor drive avoided the two motors fighting and jerking like they do in most 2 motor diesels especially at low speeds for switching.    I like the chain drives, they are smooth and if properly setup, very quiet and powerful.

As to quality, you need to define what quality means to you.   To me it is being as close as possible to prototype dimensions and shape.   I am not worried about how many accoutrements it has tacked on, those are features and can be added later.   If the base model is not right, then why bother with all the other stuff.

If you are running on very tight curves, you probably need pilots attached to the truck rather than fixed pilots.

As to RS1 vs RS3 they look very very different to me.   The RS1 has much more squared off hoods and overhangs on the cab roofs.   It basically looks like an Alco S series switcher with a short hood added.   The RS3 has more rounded hoods and the cab roof curves into the sides with no overhang.    the RS3 is postwar loco, while the RS1 was released in 1939 I think.

Welcome Back, Eddie G
3 minutes ago

The Night Train
10 minutes ago

Poultry, AKA chicken grit as ballast, your opinions
5 hours ago

New Custom Backdrop For My Layout Freight Yard
6 hours ago

Where Have Lionel's parts lists Gone?
7 hours ago

What vintage is this Korber Kit?
7 hours ago

Lionel Heads Up
8 hours ago

Buy anything cool lately?
10 hours ago
LCC and switch machines
11 hours ago