Following Jerry Zeman's fabulous thread discussing modeling of the Central RR of NJ in the UK, a gentleman living in Point Pleasant Beach, NJ adjacent to what was the New York and Long Branch Railroad, now NJ Transit's North Jersey Coast Line, is building an HO railroad replicating the NY&LB during the 1950s when it was a joint operation of the CNJ and Pennsylvania Railroad. A fascinating variety of motive power some of which included F-M road switchers, BLW double ended units, K4s and Sharks was seen on the railroad during this time period. The modeler in question has been gracious enough to create a website for the purpose of sharing his efforts with us:

Posted below are views of CNJ and PRR trains crossing his model of Shark River draw. Note the Jersey Central train is powered by an Overland model of CNJ's GP7s which were built with a train lighting electrical cabinet at the end of the long hood. Boston & Maine and C&NW purchased similar units. This is a very interesting railroad, well planned to incorporate many scenes from the real thing. 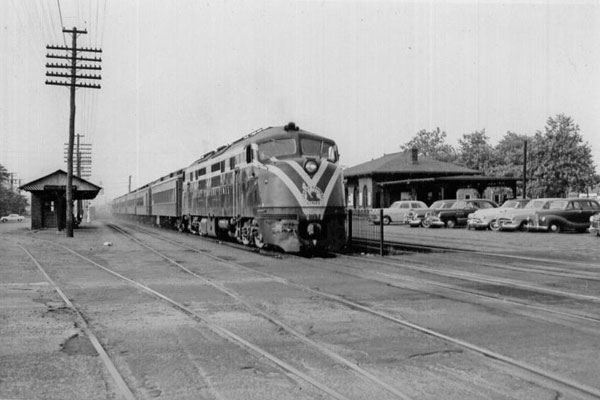 Agree with Jerry: Great find!  Thanks for sharing!

I always enjoy seeing layout progress pics along with in-process scenic scenes to see how the modeler is doing things.  Just learned that I need to check out Fast Tracks Bullfrog switch throws!

Great photo of the Bradley Beach station from the 6th Ave crossing! Photos of the "west side waiting room"  shelter seem to be rare as hen's teeth!